Two Years in the Middle Kingdom 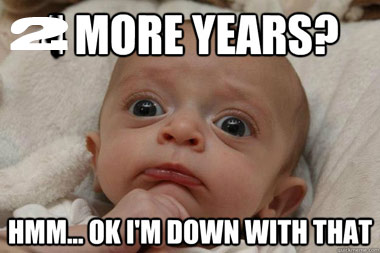 As I surpass my two year anniversary of living it up in the Middle Kingdom, I reminisce about some of the bizarre normalities of living in China.

It all started with the initial culture shock of passers-by pointing, staring, smiling and waving in the small third-tier city of a mere five million inhabitants down in Changzhou (near Shanghai). There I dossed about pretending to teach English for just over a year before deciding to get my career back on track in the sprawling mega-city of Beijing.

Since I arrived in the capital I’ve fallen in love with this hectic city. Despite its ludicrously polluted weather conditions, the people – and parties – here have made it all worth while. It’s probably worth noting that before I made it to one of the world’s most heavily populated cities, essentially, I hadn’t been to a proper clubnight in 18 months, and these days I get to see some of the biggest and best dance music acts coming to China almost every week. Despite a predominantly commercial EDM vibe in most of the super-sized clubs, Dada – situated literally meters from my home – alongside Migas and Lantern supply the underground soundtrack for myself, and hundreds more, almost every weekend.

Having eaten snake, frog, donkey, duck tongues and god knows what else in this magical land; I’ve witnessed rodents being burnt alive outside my house, I’ve managed to weave my way through the largest human migration on earth, I’ve raved on the Great Wall, whooped it up in the Forbidden City and met some incredible people along the way.

I’d love to hang around for another few years but visa complications and family priorities must come first. We shall see though. Anything could happen, and in Beijing it quite often does.

Four to the Floor