Rolling in the Dubai: One Month in...

Having only just managed to escape the UK, in sub-zero temperatures – 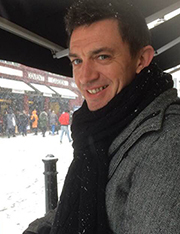 and with more dramas than an episode of East Enders; the taxi driver taking me to the wrong airport being a major obstacle – I arrived in Dubai slightly bemused, bewildered, and yet immensely relieved.

The weather for one was a refreshing break from freezing my ass off in England, and – having been introduced to some of the head office staff and our venues – my first weekend was already close to kicking off.

Reuniting with the legendary old skool Hastings raver, a certain Mr Piers Armstrong, he took me under his wing – arranging to meet at brunch (at one of our venues, STK in the Rixos Hotel JBR).

I walked in expecting to find people sat down in a civilised environment; perhaps featuring a subtle violin player in the background. Instead, I stumbled upon an all-day rave with a free flow of booze and awesome food to boot. A DJ, flown in especially from STK Ibiza (I later learn) is tumping out some incredible tunes, plus a live saxophone player (my new housemate CJ), all accompanied by five glamorous go go dancers ‘having it’ and all in full effect.

Jaw to the floor, I had to repeatedly ask almost everyone I spoke to if this was ‘normal’. To my surprise they all replied yes and gave me a sweet ‘ahh he’s a new-guy/tourist’ smile and nod. I literally danced indoors in the daytime, for hours, for the first time in many years.

From there we headed to some not-so-seedy after party and bumped into Radio 1’s Tim Westwood no less. And this was just day two.

Under firm instructions to get all Dubai’d-up, I got whisked off to the Dubai Mall by a Lithuanian colleague (and former Playboy model) with a non-negotiable mandate that she was to decide my new wardrobe; skinny jeans were top of the list, an apparently essential fashion item I’d completely managed to live without – 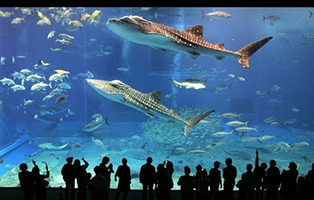 In the mall, I spot some fairly impressive sharks swarming around looking for prey – and this isn’t a pun: it’s an actual aquarium. And, being Dubai, it’s the largest indoor aquarium in the world. The piece of glass sealing these beasts in weighs a world-record beating 2,400 tonnes I read somewhere, and I’m quite sure this is the biggest shopping mall in the world too. Six hours later, and with cramp starting to set in – I was, apparently, now all Dubai’d up.

Since then I’ve met a former England and Everton player, Michael Eavis’s (founder of Glastonbury) son, partied with a suspected prince, befriended one of the most hardcore Danish guys I’m ever likely to meet (and #NickTheDane totally made my birthday weekend - complete with awesome food, midgets and giants), been picked up by one of my new amigos in a Bentley, and also partied with a hen group led by a former British stripper.

Rolling in the Deep seems quite the norm here, and - I'm already convinced - the entire six degrees of seperation theory is reduced to four or five degrees in this part of the world.

Work-wise things are awesome. We already have some of the city’s most epic F&B venues – alongside the above mentioned STK JBR Dubai – including the Time Out Dubai Best Bar of the Year: Lock, Stock & Barrel JBR (LSB JBR), LSB Barsha Heights, Asia Asia (with views over Dubai Marina), Karma Kafe (with views of the Burj Khalifa and the Dubai Fountains), Inner City Zoo (the nightclub for party animals), and Q43 (a venue that’s already hosted Roger Sanchez and Armin van Helden to name a few). I’m one of the lucky ones running around the city making friends and encouraging them to dine, drink, and party with us.

As you can already tell: the struggle is real here. But, as a true professional, I will hold my head up high and – despite the ludicrously tight-fitting pants – try to style the whole thing out.